The law firm of Lutz, Bobo & Telfair, P.A. fully understands the obstacles and frustrations veterans and their families endure when dealing with the Veterans Administration (VA). We understand these frustrations because we are veterans ourselves. Our law firm is veteran owned, with multiple veterans on staff.

Because of this fact, the VA medical malpractice lawyers of Lutz, Bobo & Telfair, P.A. are uniquely qualified to understand veteran’s issues. We will fight tirelessly to ensure that veterans and their families receive the compensation they deserve after being seriously injured by the VA healthcare system.

We believe that the costs associated with hiring a lawyer shouldn’t prevent any seriously injured VA medical malpractice victim from obtaining sound legal counsel. Because of this, our law firm handles all VA medical malpractice claims on a contingency fee basis. This means there are no out of pocket expenses and you only owe attorney’s fees if we settle your claim or win a favorable verdict in court.

Unlike claims filed against civilian doctors or hospitals, all medical malpractice claims against the VA are governed by the Federal Tort Claims Act (FTCA). The main difference is that the FTCA mandates that all medical malpractice claims against the Federal Government must be initiated by first submitting a Standard Form 95 (SF 95), along with detailed medical information, to the government. The FTCA does not allow claimants to immediately file a lawsuit in court.

Call us at 877.951.1800 or fill out the form below to schedule a free initial consultation with one of our VA medical malpratice lawyers.

You can click on any of the questions below to read the corresponding answers. If your question has not been answered below, feel free to contact our VA medical malpractice lawyers via email or you can call us toll free at (866) 802-8182. For all VA or military medical malpractice cases, resulting in serious injury or wrongful death, we offer no cost initial consultations.

Do I Need an Attorney to File a VA Medical Malpractice Claim?

Under the guidelines of the FTCA, once the claim is submitted via SF 95, the monetary amount specified for damages cannot later be modified or increased. Determining the accurate total dollar amount for damages being sought in any medical malpractice claim is a very complex task. Too often, claimants focus on the short term and fail to fully consider the long term monetary implications of their medical condition.

Can I Sue After Being Injured by Negligent VA Medical Care?

Yes. In 1946, The U.S. Congress enacted the Federal Tort Claims Act (FTCA). This act give individuals the right to file claims against the United States for injuries sustained due the negligent actions of federal employees. This includes medical malpractice committed by doctors or other health care staff employed by the United States government.

If I Sue the VA for Medical Malpractice, Will I Lose My Right to Further VA Medical Care?

No. The Federal Tort Claims Act (FTCA) prohibits reprisal against anyone exercising their rights under the FTCA. Any reprisal or retribution would violate federal law.

Are There Time Limits Involved When Suing the VA for Medical Malpractice or Wrongful Death?

If the injured person continues with treatment, the statute of limitations may possibly be extended. Determining a case’s eligibility under the statute of limitations can be complex. Before making any final decisions about your case, call or send an email to the VA medical malpractice lawyers of Lutz, Bobo & Telfair, P.A. today. We are familiar with the FTCA and can help to determine your eligibility.

It depends. If the active duty service member was injured by negligent medical care at a military or VA health care facility, as a rule, they are not allowed to sue the federal government. However, the active duty military member is not barred from suing on behalf of their family members.

If the spouse or child of an active duty service member are injured or die as a result of medical malpractice in a VA or military medical facility, they may be able to sue the federal government to recover damages for the injuries or death.

Are There Special Procedures for Suing the VA for Medical Malpractice or Wrongful Death?

Yes. Before you can sue the federal government in a court of law, the Federal Tort Claims Act (FTCA) mandates that you must first file a formal claim with the agency you are accusing of causing the injury or death. This claim is filed using Standard Form 95 (SF 95), along with detailed medical records of your claim.

The SF 95 details the events leading up to the injury, the injuries sustained wile under the treatment of a VA or military health care facility as well as the monetary damages these injuries or death have caused.

Once the SF 95 is filed, the federal government is allowed six months to investigate the claim. In many instances, the lawyers representing the government will request more information or to speak directly with the claimant or their family.

Where Do I File a VA Medical Malpractice or Wrongful Death Claim?

If I Sue the VA for Medical Malpractice or Wrongful, Do I Get a Jury Trial?

No. The Federal Tort Claims Act (FTCA) prohibits jury trials for any claims against the federal government. All claims falling under the FTCA are brought before a federal judge who hears the evidence and renders a verdict.

There’s a reason that our reputation precedes us: our 25-plus year history in Sarasota has garnered us some of the top reviews in the area, from both peers and clients alike. If you are in need of an experienced law firm, with personalized service and a desire to win your case, we’re here for you. Read on to learn more about the key reasons why the law offices of Lutz, Bobo & Telfair, P.A. are considered one of the premier civil trial law firms in Southwest Florida.

They make you feel comfortable and they’ll get the job done professionally.
Built from the ground up

We are a Martindale-Hubbell AV rated law firm, the highest possible rating for legal ability and ethical standards. With over 300 years of combined legal experience at our firm’s disposal, we have a vastly experienced knowledge of the legal system.

One of a kind

We believe that when you hire an attorney, you should be able to communicate directly with that attorney. At Lutz, Bobo & Telfair, P.A., you’re never treated like a number. We work hard to understand the specifics of your situation and to craft a compelling legal strategy to fight for the best outcome for you.

A History of Success

Our law firm has recovered millions and millions of dollars in jury verdicts and settlements for our clients. While we don’t guarantee results, we do promise to work tirelessly towards the best possible outcome for you.

What our clients say

Experience and skill are meaningless without the passion to succeed. Our law firm takes pride in knowing that we’ve done our job by serving our client’s interests well. Our greatest satisfaction comes when our clients take the time to acknowledge their satisfaction with our legal representation, by providing our law firm with a testimonial. 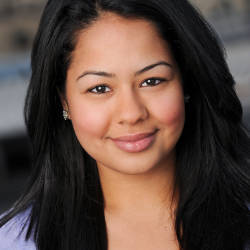 I would recommend to family, close friends, and even shout it out from a corner. The experience was that good for me.
Angela Mynatt, Sarasota 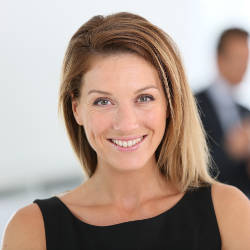 I feel they have been very efficient, very effective, and have gone above and beyond.
Kelly Karwatt, Sarasota 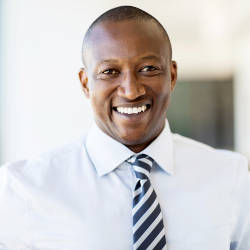 I certainly would recommend the firm to anyone in the future that is in need of legal assistance.
Troy Bellamy, Sarasota 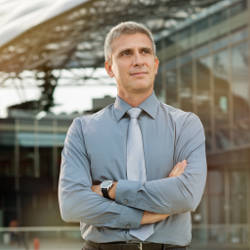 I truly felt like I was part of the family and I had a lawyer in the family.
James Eric Ross, Sarasota